Sangalli’s watch and jeweler store was founded in 1900, by Egidio Casini. After 25 years in Via Verri, the store moved to its permanent location on Via Bergamini 7, a short walk from the Duomo and the University of Milan, at the center of the cultural and artistic events that inflamed the long history of Milan throughout the twentieth century.

After years of irreverent futurist performances, opposed to the work of the immortal classics in the nearby Teatro alla Scala, the watch’s store made it miraculously through the bombing of the two World Wars and, after years of recovery, it returned to be the center of the vibrant “trade street” that, in the Middle Ages led to the name of Via Bergamini. The “Bergaminis” were the cheesemakers of Bergamo, coming in the winter months to sell dairy products prepared during the summer. During the difficult war years sales were primarily based on custom jewellery, inexpensive but attractive as regular jewels a good sign of the next economic expansion and the shift to the next Italian “Golden Age”.

In a sign of a balance between past, present and future, the store, that became a learning platform for many skilled, artist watchmakers, is going through its fourth generation.

In the ’20s was led by the grandson of the founder, Egidio Campana. In 1970 went through another generational change, when Giuliano Sangalli, nephew of Egidio Campana, became managing partner. Giuliano started working at “the shop” at a young age, learning all the secrets of watchmaking. With time, the young Giuliano grew a passion for the watch gears and internal mechanisms that mark the hours of our days.
It is Giuliano Sangalli himself who leads the store today, with his wife Maddalena and their children Andrea and Davide.

Two important recognitions were given in 2005, when the Region of Lombardia awarded the honor of “Historic Store” and in 2006 when the city of Milan gave it the title of “Historic shop”. 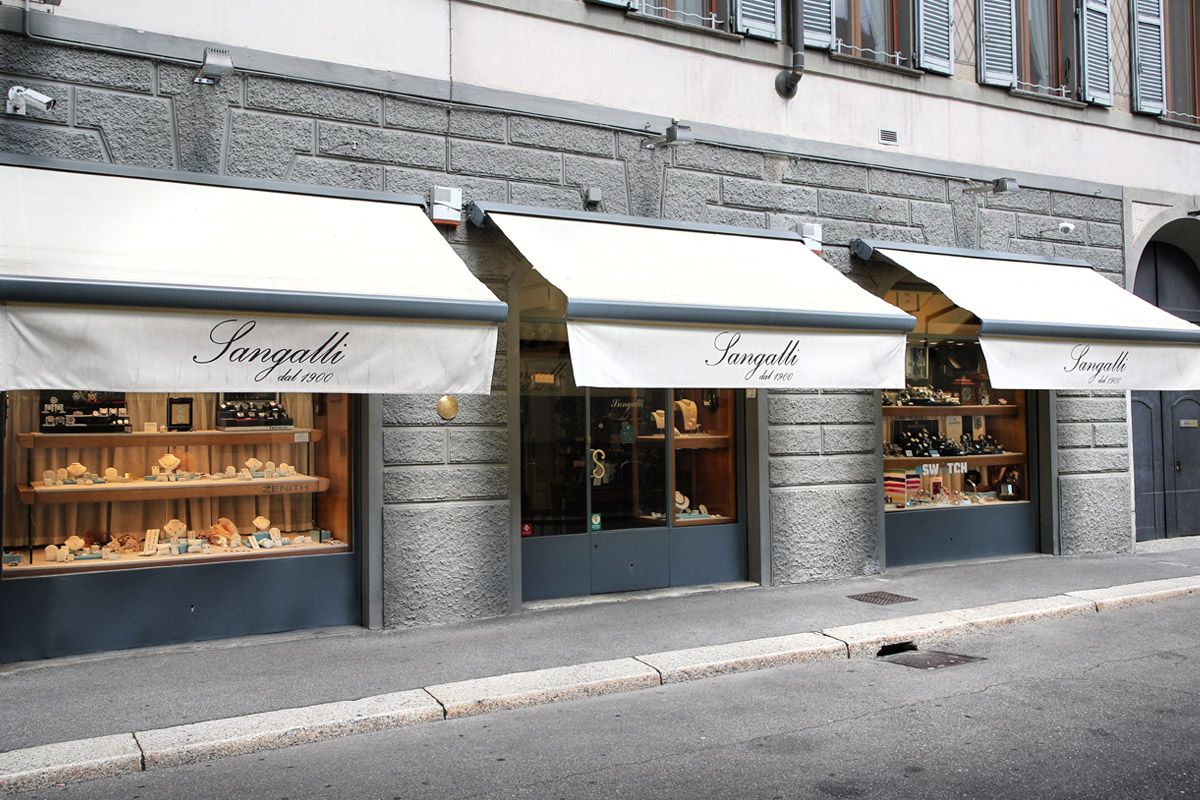 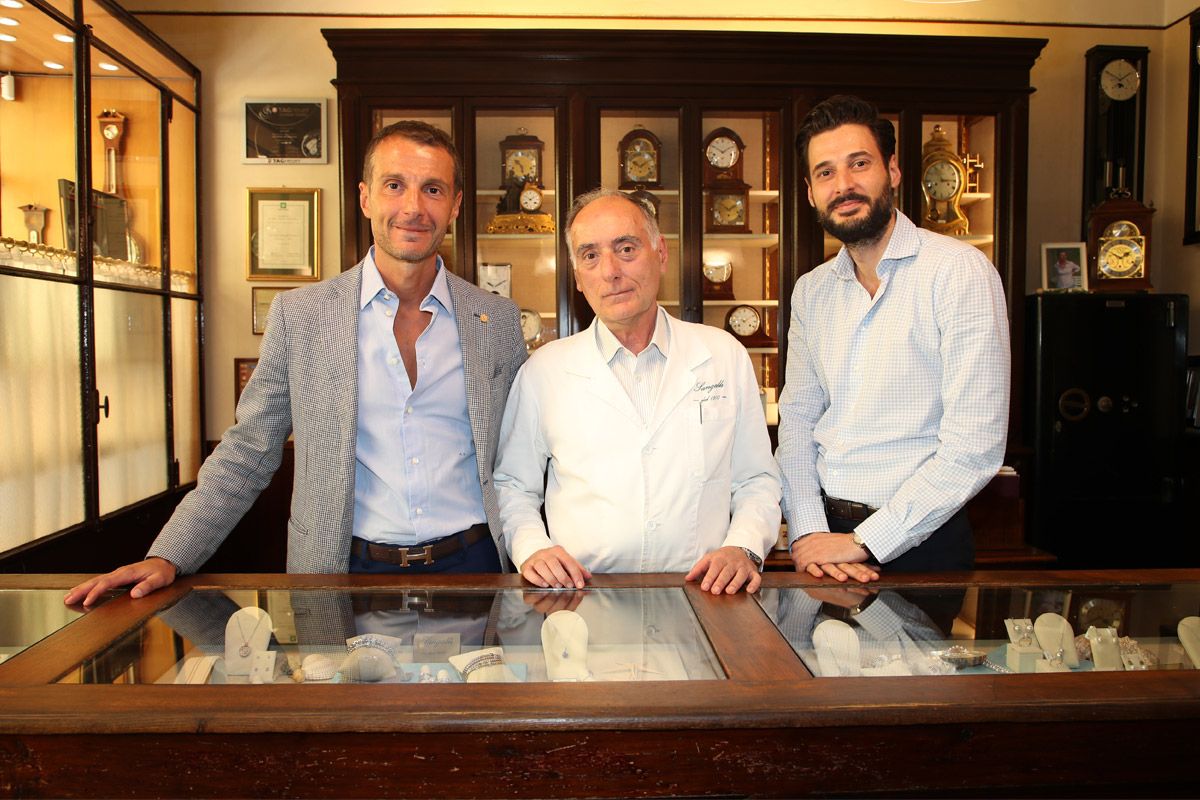 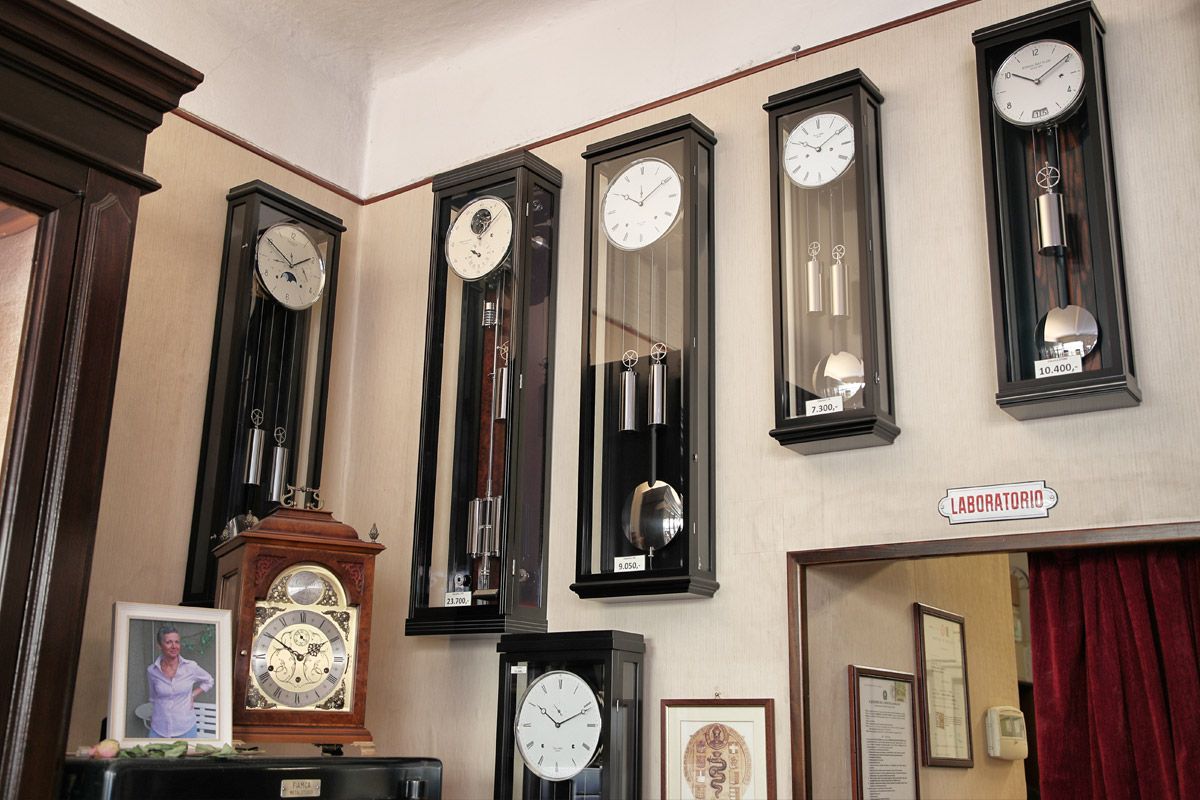 The Sangalli’s watch store provides a mix of modernity and memories, which bring to today’s world traditions from the past.

Based on this traditions the original style of the interiors of the store was kept unchanged: the rooms furniture, the wooden doors, the wood armoire with display glass panels, the comfortable study-room, where in a continuous dialogue present and past continue to cross, thanks to the antique boiserie on the walls. The coffered ceiling entirely decorated, with priceless details. Among them is also the old wooden workbench, which proudly bears the scratches and nicks caused by the goldsmiths who used it many years, and the old lamp from the table of grand-uncle Egidio Casini, beautiful and still functional.

The tech-laboratory is a counterpart of technology and modernity. Here the passion for precision never ceases to innovate and improve. In a single environment a combination is present of cutting-edge machinery and age old traditions, certified expertise and utmost professionalism.

In addition to the latest generation equipment, the lab also maintains machinery and equipment that not only retain their efficiency, but also show an amazing aesthetic appeal, such as the “punzoniera” bell with protective hand-made glass and the “ottocifre” brass used to calibrate rockers. Don’t miss a pocket scale used to weigh diamonds, carefully preserved in its mahogany box which still contains handwritten notes by uncle Casini. Replacement parts for antique watches are still kept in glass vials with a cap of hand-made glass and cork. 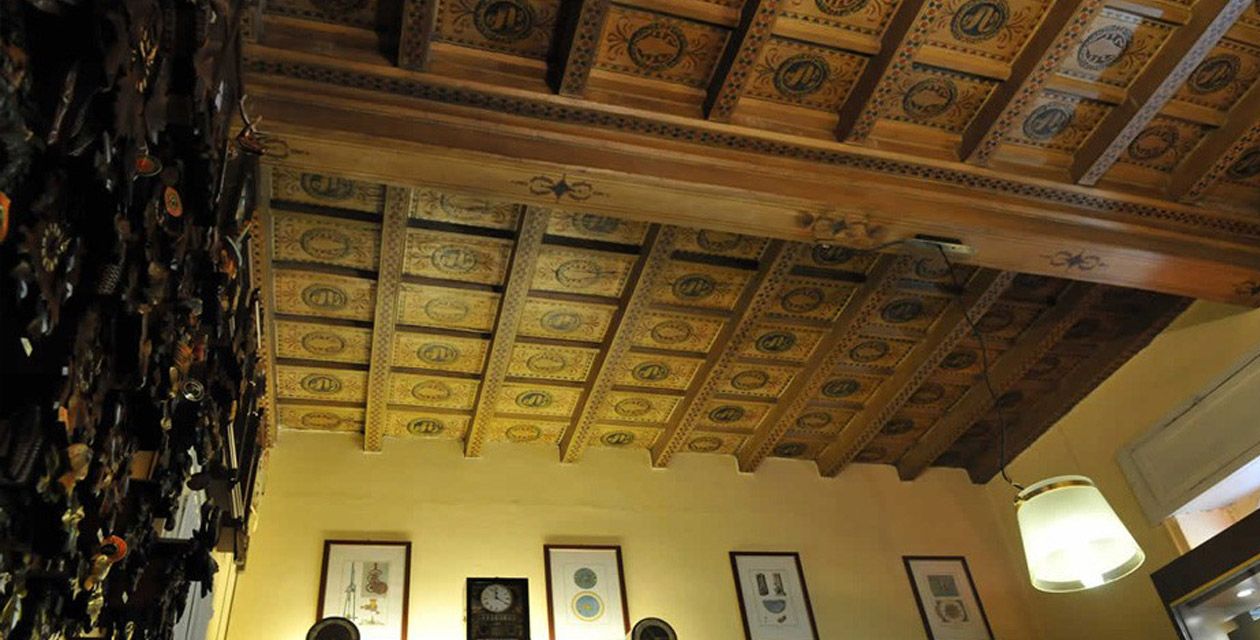 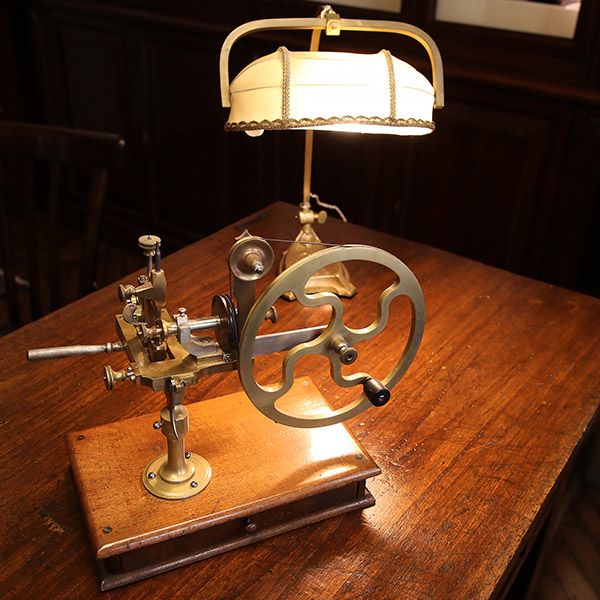 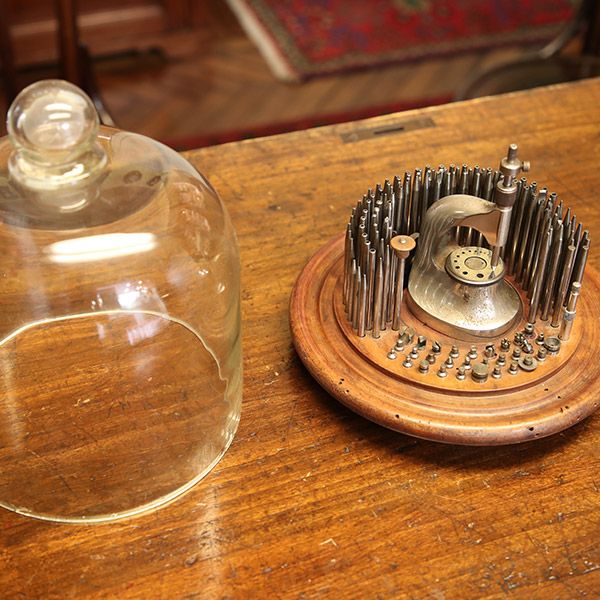 Despite the passing of generations, the passion and quality of the Sangalli watch and jewellery store remains the same of the early twentieth century. Today, like 120 years ago.

As the cultural and historical events, also the customers of the watch store were and still are “true masters of their time”. Cardinals and Archbishops of Milan have always turned to the shop for maintenance of the clocks in the apartment of the Archbishop. The Metropolitan Chapter utilizes the store’s services for maintenance of the Duomo clocks.

In addition, an affectionate customer, was a also the man who restored the Ambrosian Chant Monsignor Ernesto Teodoro Moneta Caglio, so detailed oriented to come to the store with a journal showing when his Zenith watch defaulted, in order to obtain a rule of absolute precision. 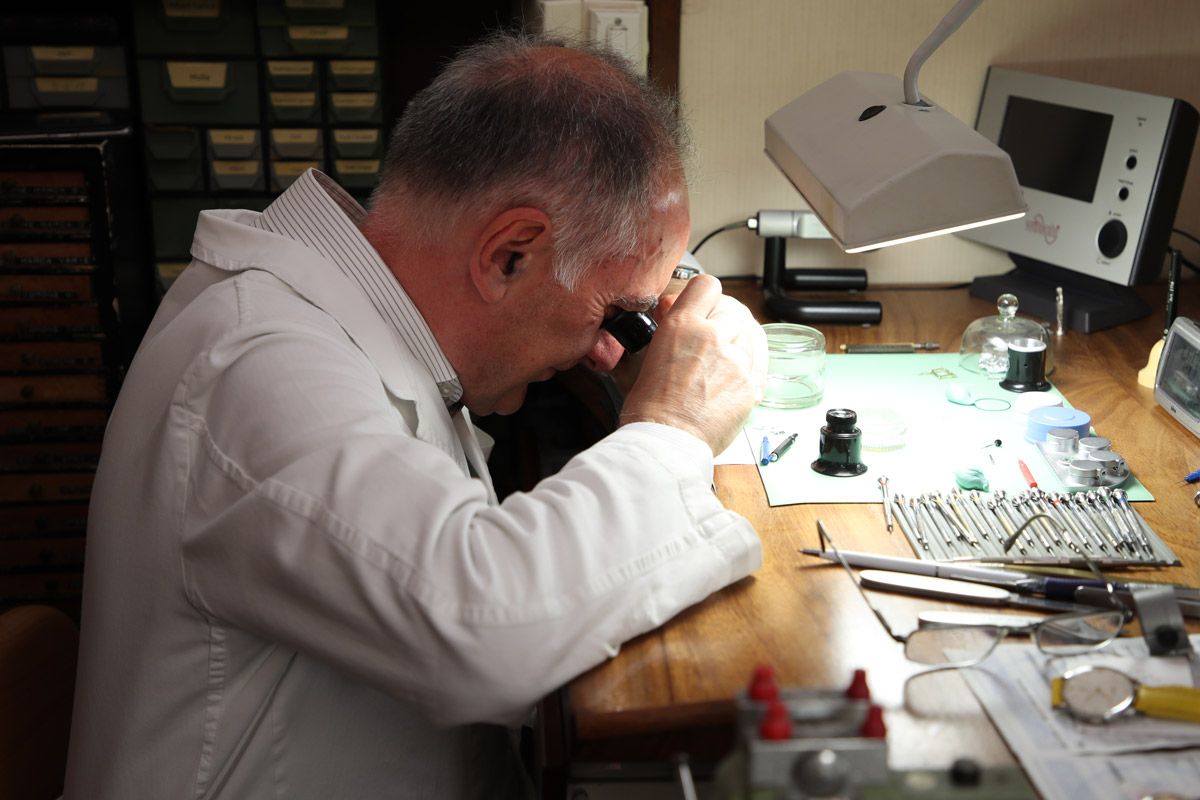 In the world of music, a client of elite was Maestro Arturo Toscanini who, during his stay in America, sent the beloved grandfather clocks to Via Bergamini 7 every time they needed maintenance and repairs, and they were shipped to Milan by shipping, carefully wrapped in newspaper tied together with strings.

In the ’50s, the store was given a service contract to maintain and recharge every week all the clocks of Milan’s Polyclinic Hospital: so called “bull’s eyes”, with case round wooden dial and white glass. Still conserving the same charm of 1900, the store in 2007 was chosen as the setting for a popular TV movie, and in 2009 the shop was added, per request of the editor, to the famous calendar “El Milanes“. 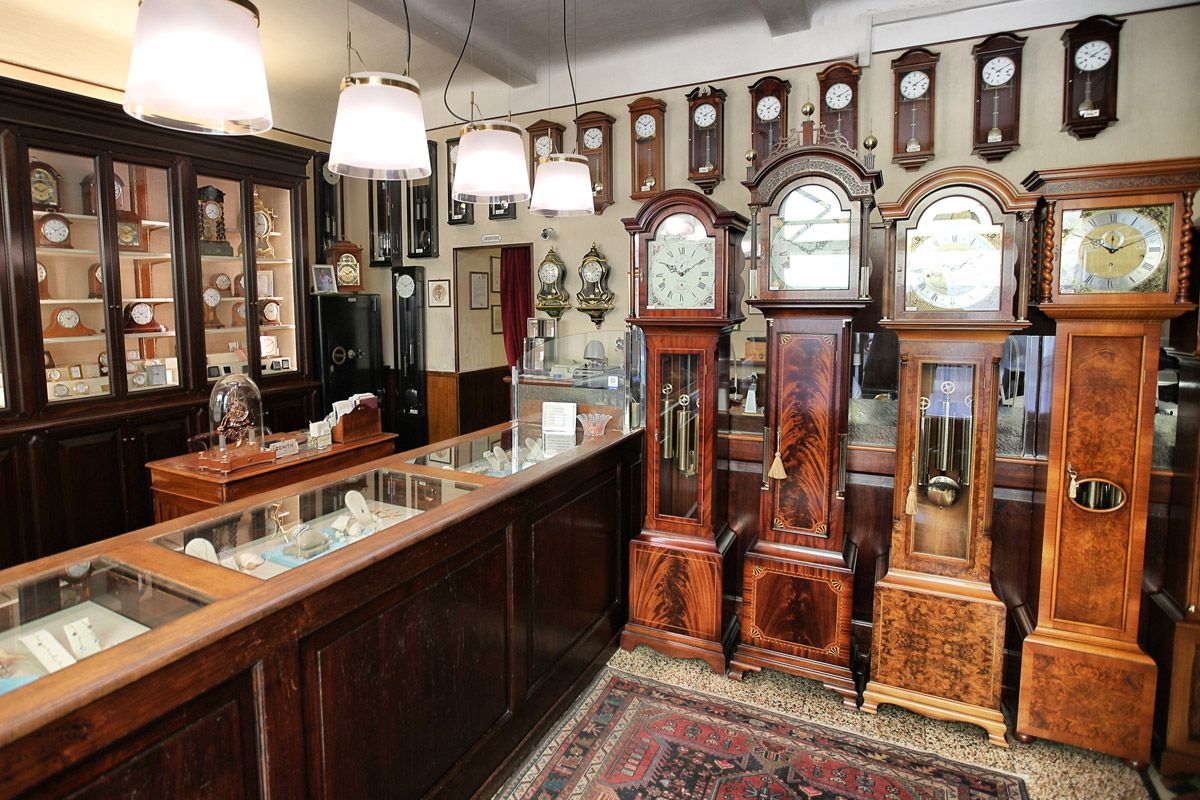